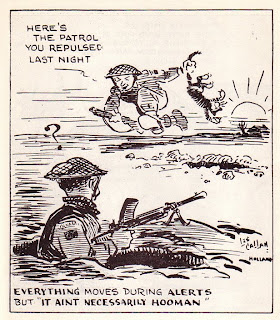 Les Callan wrote, "These cartoons were first published under the caption "Monty and Johnny" in the Canadian Army newspaper "The Maple Leaf," Northwest Europe Edition, 1944-1945. They record events from D-Day to VE-Day."

Monty was, of course, Field Marshall Sir Bernard Montgomery, and Johnny was an average Canadian soldier fighting in the liberation armies of Europe.

After the war Monty and Johnny were collected in a paper-covered book called Normandy and On... From D-Day to Victory, -published by Longmans, Green and Co., Toronto with text and art by Lieut. Les Callan. The cartoons are as much history as fantasy, Callan was drawing the situations and the people along side him, fighting Canadians who battled their way through France, Belgium and Germany to victory. A modern reprinting of Normandy and On... would be nice to see. 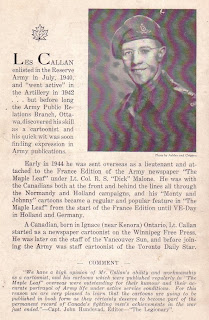 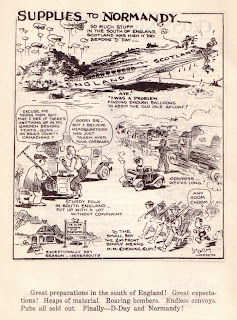 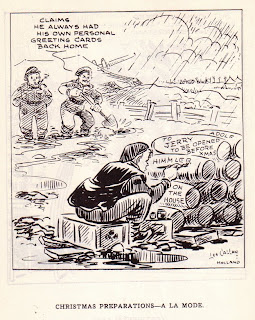 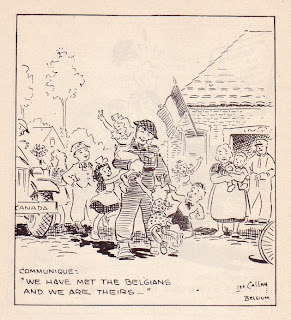 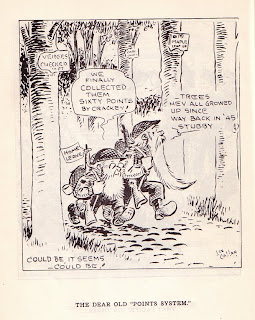 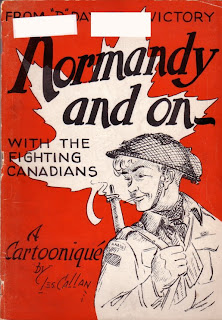 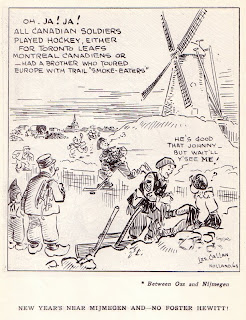 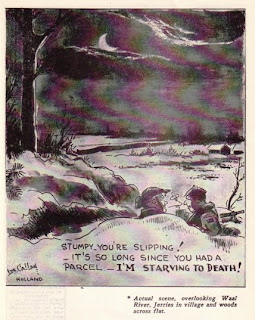 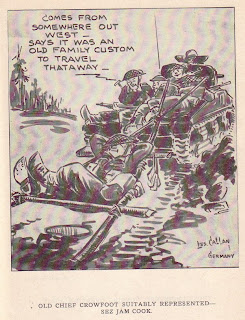 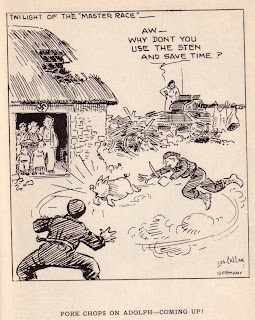 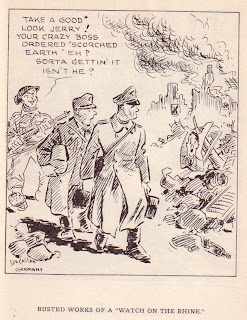 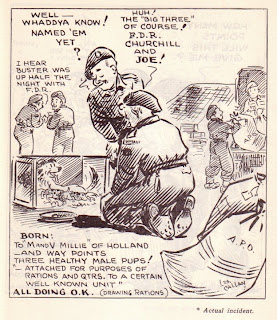 I have a first edition of Normandy and On by Les Callan in excellent condition. Have you any idea what the booklet is worth.

Sorry to say I have no idea what these books would be worth.

I have a well read 1st edition of this book and wish that an updated copy could be printed but if it were, I'm sure the price would be more than the original cost of $1.00.