Canadians owe a lot to Bill Blackbeard. A few years back Bill sent me b@w photocopies of Arch Dale's Doo Dads American Sunday strips. Bill had not seen the Canadian single-panel version and I had never laid eyes on an American Sunday which he had described as "Herrimanesque."

One day a large package arrived in the mail containing the complete run of original Sunday pages. I scanned them all and unfortunately while adding something to the cd the whole thing was wiped clean by a computer glitch. I had already sent the whole box of goodies back but luckily many examples had been saved to another disc and I am going to spend the week posting them entire. 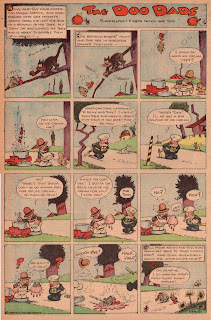 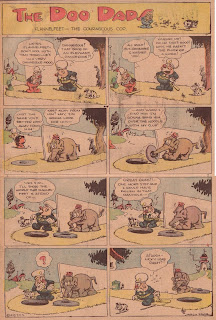 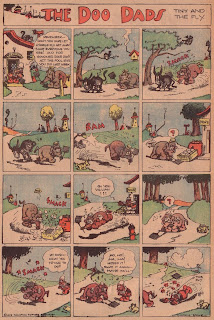 Posted by john adcock at 9:40 AM
Labels: Sunday Doo Dads

Very nice. This is first I have seen these. chrlie