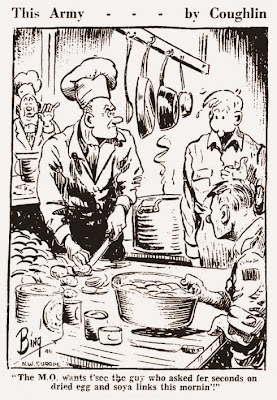 The Maple Leaf began as an initiative of Canadian Forces Brigadier Richard Malone. The paper supplied war news, sports, comic strips, cartoons, and pin-ups to the troops in the field. Wherever the Canadian troops were stationed, Italy, France, Belgium, Germany and the UK the Maple Leaf followed.

Toronto’s sporting legend Ted “The Moaner” Reeve was also known as “Old Lantern Jaw” and was active in every sport you could think of -- hockey, lacrosse, football, you name it, Ted done it. 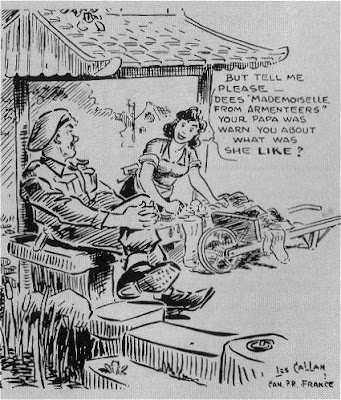 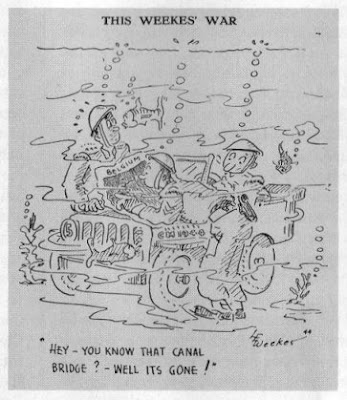 L. E. Weekes is one cartoonist I haven’t been able to find any information on. 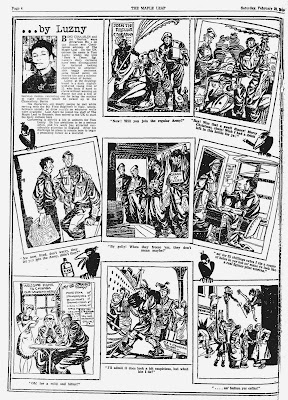 Tom Luzny was a Winnipeg artist. In 1954 Luzny was one of 9 Canadian artists whose paintings were on display at the Imperial Institute of London, England. The Winnipeg Free Press reported that his painting Trafalgar Square Coronation Eve “has aroused much comment.” 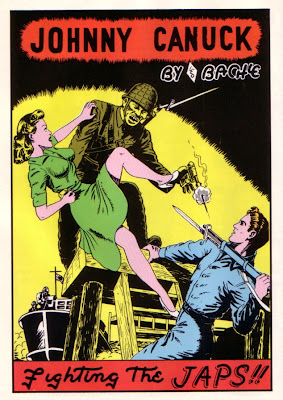 Meanwhile -- back on the home front, young Leo Bachle was supporting the war effort by keeping up the morale of the kiddies with such characters as Johnny Canuck and the Invisible Commando. This gaudy phallic illustration would look right at home in Wertham's Seduction of the Innocent.
Posted by john adcock at 10:11 AM
Labels: Canuck War Cartoonists