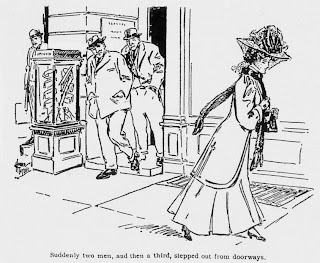 A short story titled Saved by Grace, by W. G. Shepherd, was published in the February 1910 issue of Western Home Monthly, a Winnipeg, Manitoba fiction magazine with illustrations signed "Taylor." In 1910 Hal Foster, future Tarzan cartoonist, was working on the Eaton's catalogs for Brigdens of Winnipeg Limited.
Taylor's artistic style is so similar to Foster's work, and his signature in the spidery Foster style, that I'm inclined to think that either Taylor was Foster, moonlighting under an assumed name, or he was Foster's artistic mentor. Although there is no proof that Foster worked for the Western Home Monthly a photograph exists showing Foster and two unknown commercial artists posed with a large cover painting and paste-up for the Western Home Monthly circa 1912. The photo is reproduced in Brian M. Kane's 2001 book Hal Foster Prince of Illustrators.

On the bottom of the page I have uploaded a sample of Foster's Eaton's work from roughly the same period, February 27, 1911, which shows his Prince Valiant style of drawing woman was already in evidence at this early period of his career.

W. G. Shepherd was probably William Gunn Shepherd (1878-1933) author of Confessions of a War Correspondent, Harper & brothers (1917). Shephard was a reporter on the New York World. 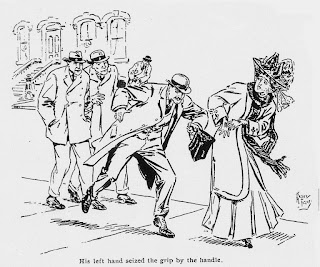 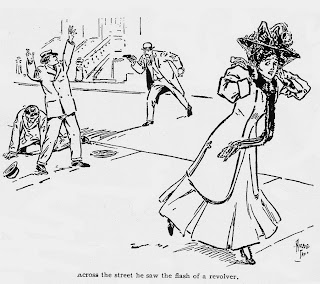 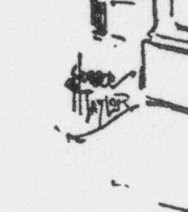 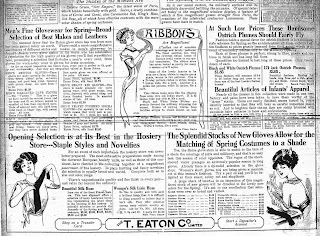 Posted by john adcock at 8:39 AM
Labels: Foster Hal